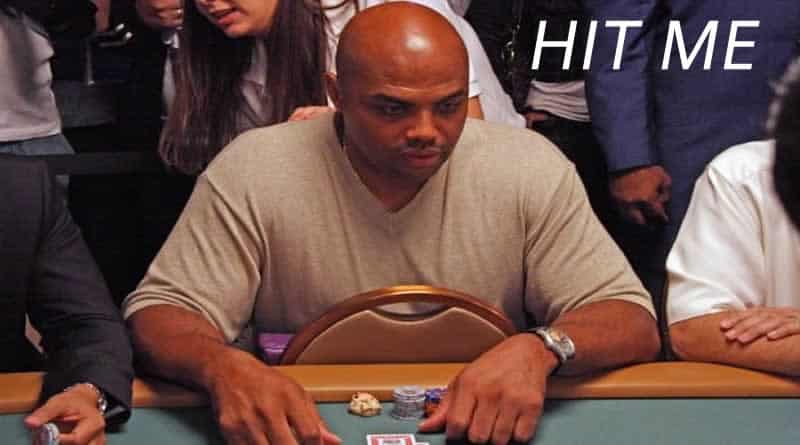 What makes incredible athletes so good in their respective sports can get them into trouble on virtual and real world blackjack tables. Tiger Woods, John Daly, Michael Jordan and Charles Barkley were all world-class athletes in their prime. Part of their incredible success was an absolute refusal to lose. They would will themselves to victory in many occasions on the playing field, but an inanimate deck of cards and lady luck care not how talented you are when playing professional sports. All of those popular and respected professional athletes have lost millions, and in some cases tens of millions, of dollars playing blackjack and other casino table games. And they are far from alone in their gambling obsession. The will to win and the refusal to lose has also cost boxer Floyd Mayweather Jr., baseball players Pete Rose and Alex Rodriquez, and hockey player Jaromir Jagr millions upon millions of dollars when they refused to recognize that probability and randomness apply to everyone when playing 21.

Antoine Walker earned more than $110 million in his NBA career, but he is currently playing minor-league basketball just to keep the lights on. A lot of his financial problems came from making poor real estate investments, buying expensive cars and supporting more than 70 friends and family members, to be sure. But the self-professed lover of casino gambling has also never met a blackjack table he didn’t like. How much money did Mister Walker walk away from at the casino tables? He still currently owes substantial money to three Las Vegas casinos and at least one Eastern Chicago casino. That is public knowledge, and does not include the millions of dollars that ‘Toine’ had previously lost playing blackjack and other casino games around the world. Antoine Walker declared bankruptcy in 2010, and currently lives in a $900 a month apartment with no car.

Dream Teamers Have Nightmares at the Blackjack Tables

The 1992 United States men’s Olympic basketball team was nicknamed the dream team, because of all the incredible talent on board. Earvin Magic Johnson, Charles Barkley and Michael Jordan were integral parts of that gold medal winning squad. And according to magic, Air Jordan played the entire Olympics on approximately 2 to 3 hours of rest each night, even though he was the only player to appear in all eight of team USA’s contests. Where was the player often referred to as the NBA GOAT (greatest of all time) when he should have been sleeping? He was playing a late-night poker and early-morning cards for big bucks. Well known for spending millions at the blackjack tables in Las Vegas and other casinos around the world, one of the wealthiest basketball players of all time has openly professed his love of 21, poker, golf and just about anything else he can gamble millions of dollars on.

“The Round Mound of Rebound”, “Sir Charles” and “Million Dollar Blackjack Player”

Charles Barkley has never been one to keep his mouth closed when he has an opinion on anything. That led him to state that, even though at the time he owed millions in markers to the Wynn Las Vegas, he can gamble that much money because he was wealthy. He still claims that he has no gambling problem, because for him, losing millions of dollars at the blackjack table barely registers in his bank account. In Auburn, where Charles Barkley played college basketball, he was known as The Round Mound of Rebound and the Bread Truck for his large size. Add Million Dollar Blackjack Player to his list of nicknames. Also a huge sports gambler, some say he got his start back in 1992 during those late night Dream Team poker games with Michael Jordan.

While numbers like that don’t even register to you and I, the $100 million combined blackjack and casino table games losses incurred by PGA golfers John Daly and Tiger Woods might actually be a rather conservative estimate. Tiger Woods enjoys playing $25,000 a hand blackjack at the Las Vegas MGM Grand, where he has an insane $1 million limit. Not to be outdone at the blackjack tables, John Daly exploded onto the golf scene with nontraditional behavior and golf-wear in 1991, winning the PGA Championship. Always known as a long hitter, Daly is a big baller at the blackjack tables as well. In his autobiography, the alcohol troubled Daly said he has lost between $50 and $60 million playing blackjack and other casino table games. Unbelievably, in only a five hour span playing a $5,000 maximum bet slot machine in Vegas, Daly dropped $1.65 million. Back then he was drinking a fifth of Jack Daniels a day, that was probably not a good idea before he hit the blackjack tables with several million dollars in his bank account.

Imagine if these people got a taste for playing online blackjack. I couldn’t imagine anyone being stupid enough to bet that kind of money against a computer program, regardless if they say the cards are random or not. If I am betting big money it will be at the live blackjack sites where I can watch the dealer shuffling and dealing the cards in real time.