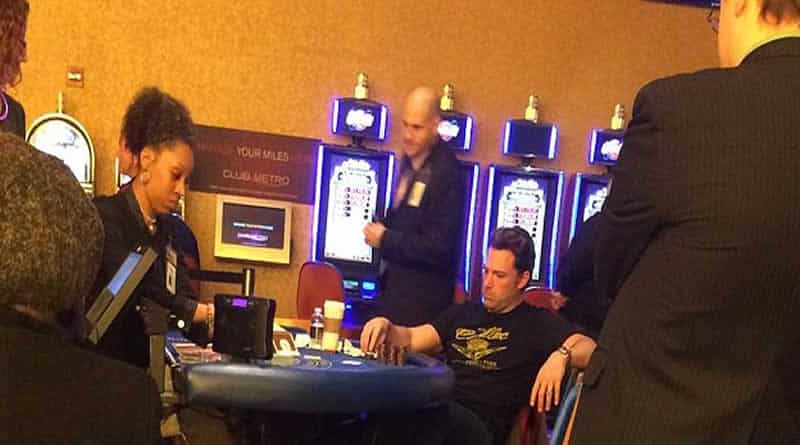 The Oscar-winning director and movie star Ben Affleck was recently confronted by Hard Rock Casino in Las Vegas for card counting at a high-stakes blackjack table. According to reports, Affleck was using the ‘perfect basic’ card counting system, which is an introductory card counting strategy. Affleck is considered a skilled card player in Las Vegas, having scored some pretty significant wins in both poker and blackjack. He has also suffered some legendary losses, with one incident totaling a $400,000 loss.

Affleck was visiting Las Vegas on a getaway weekend with his wife Jennifer Garner. The couple wanted to spend some quality time together before Affleck begins filming for the upcoming Batman movie project. The confrontation was handled well, with the security team courteously requesting that Affleck cease gameplay at the blackjack tables. The casino did feel that the actor/director did move his money by counting cards, which is something they do not tolerate.

Despite the reports of some news sources circulating on the Web, he was not asked to leave the casino property, and he was told that he was welcome to play any of their other games. The casino also arranged for a car to transport the couple back to their hotel. Clearly, there were no hard feelings. The Hard Rock Casino did issue an alert to other prominent casinos in Vegas, informing them of the incident and warning them that Mr. Affleck was an ‘advantaged player’.

Counting cards is not illegal in Las Vegas, and Affleck was not doing anything illegal or anything that many other players have done numerous times. While it isn’t illegal to count cards, it is strongly frowned upon by casinos, which do have the right to ask a player to leave and to ban them from further gambling at their casino for the practice.

Mr. Affleck was clearly just a little too obvious with his card counting practice, and the fact that he was using an introductory system could possibly indicate that he may be somewhat new to card counting, though he has been very successful in his card play for a long time. He recently played an unscrupulous card player in the movie Runner Runner, which may have piqued the actor’s interest in card counting.

Casinos have recently made some tweaks to blackjack rules which have increased the house edge by up to 1.39% in some cases, which has a significant impact on players. This has made many card counters feel quite justified in practicing the legal strategy during gameplay. Many players feel that by eliminating card counters, casinos are being hypocritical since they make changes to the game to improve the house edge concerning blackjack odds.

Many professional players and industry professionals are pleased to see blackjack get some press from the incident as many feel that the game is far too overshadowed by the poker industry, and doesn’t get the coverage or respect it deserves as a game of skill. When a player who counts cards is targeted, it often sparks a wave of controversy over the issue and puts blackjack back into the gambling conversation. Many players would like to see blackjack given the same type of respect that poker receives.

In a related story, the D Casino Hotel in vegas is offering Ben a safe haven for playing blackjack, where he won’t get the boot for counting cards. Read the full story here.